Taking a Stand Against Fake Reviews

F*** a fake friend, where your real friends at?

When fake reviews are allowed to show up on eCommerce sites, one entrepreneur may gain some sales but it hurts the entire ecosystem of honest entrepreneurs everywhere.

Our mission at Fera is to empower all entrepreneurs, especially the small ones, to grow and succeed; the live long and prosper. When merchants use fake reviews on their site it causes those entrepreneurs to suffer.

That's why we're taking a firm stance against fake reviews.

How do fake reviews affect me? 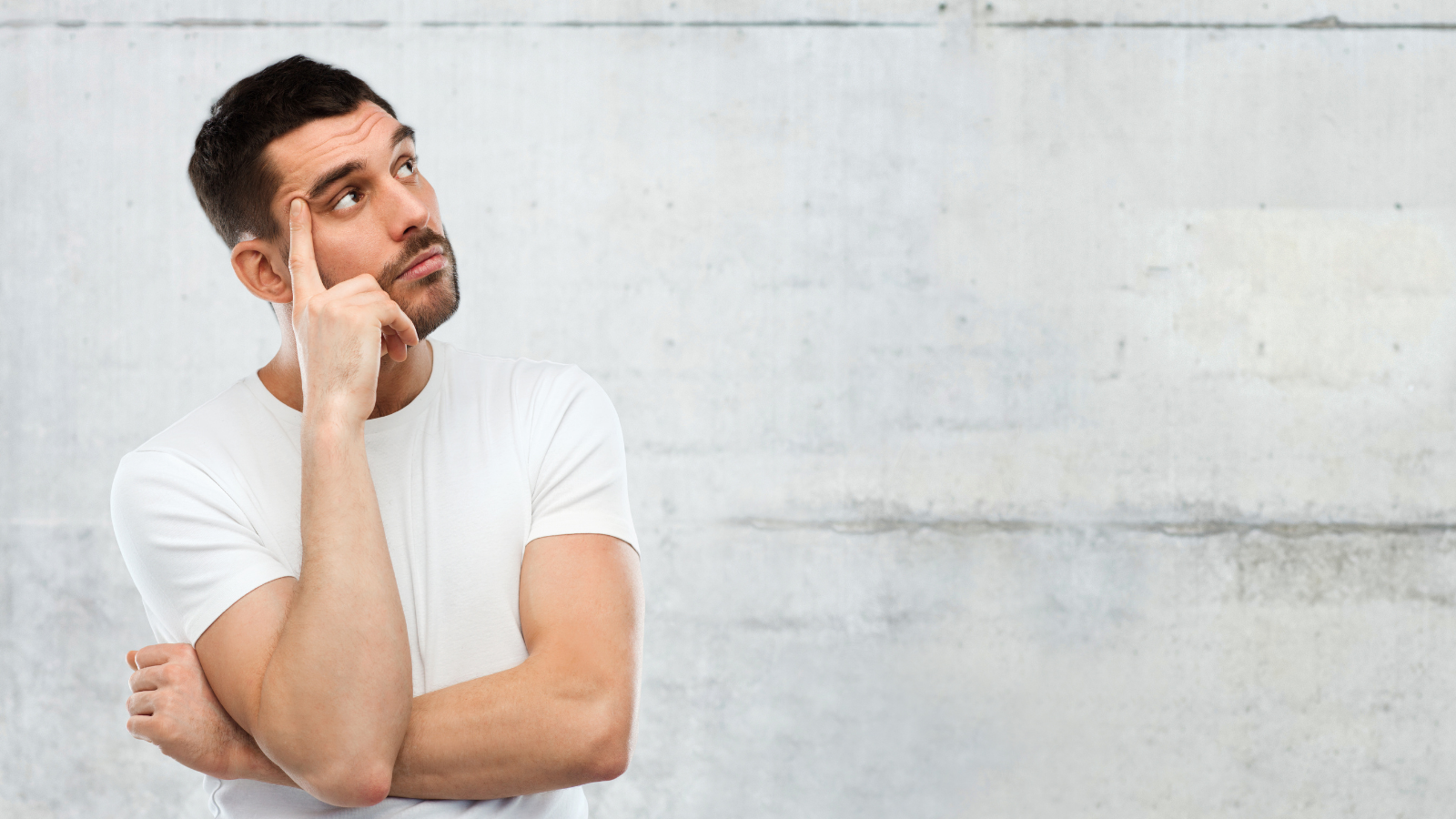 For a large company they aren't relying on their reviews to drive sales because they're already built-up a large brand exposure. In some cases they are even regulated to keep fake reviews off their sites. For example, Amazon (AMZN) is a public company so they have a legal responsibility to police such things.

However, for smaller stores that isn't the case. For them, they're relying on social proof to gain new sales to their stores.

For small stores a positive review could make or break them. It could be the difference between a good month and a great month.

But what if that positive review is no longer trusted by customers? What if customers look at it and don't treat it as social proof?

That's what happens when we allow Shopify stores to show fake or misleading reviews.

When a customer finds out that an eCommerce store using Shopify displays fake reviews, they wonder if other stores on the platform are doing the same. The next time they are on a Shopify store they're going to second think their purchase.

Fake reviews from other businesses

Not only can fake reviews affect the trust shoppers have in all businesses, but fake reviews from competitors can significantly impact a company's reputation.

And threats can also come from other businesses looking to make a quick buck.

One business saw a significant drop in sales after a fake review scam. 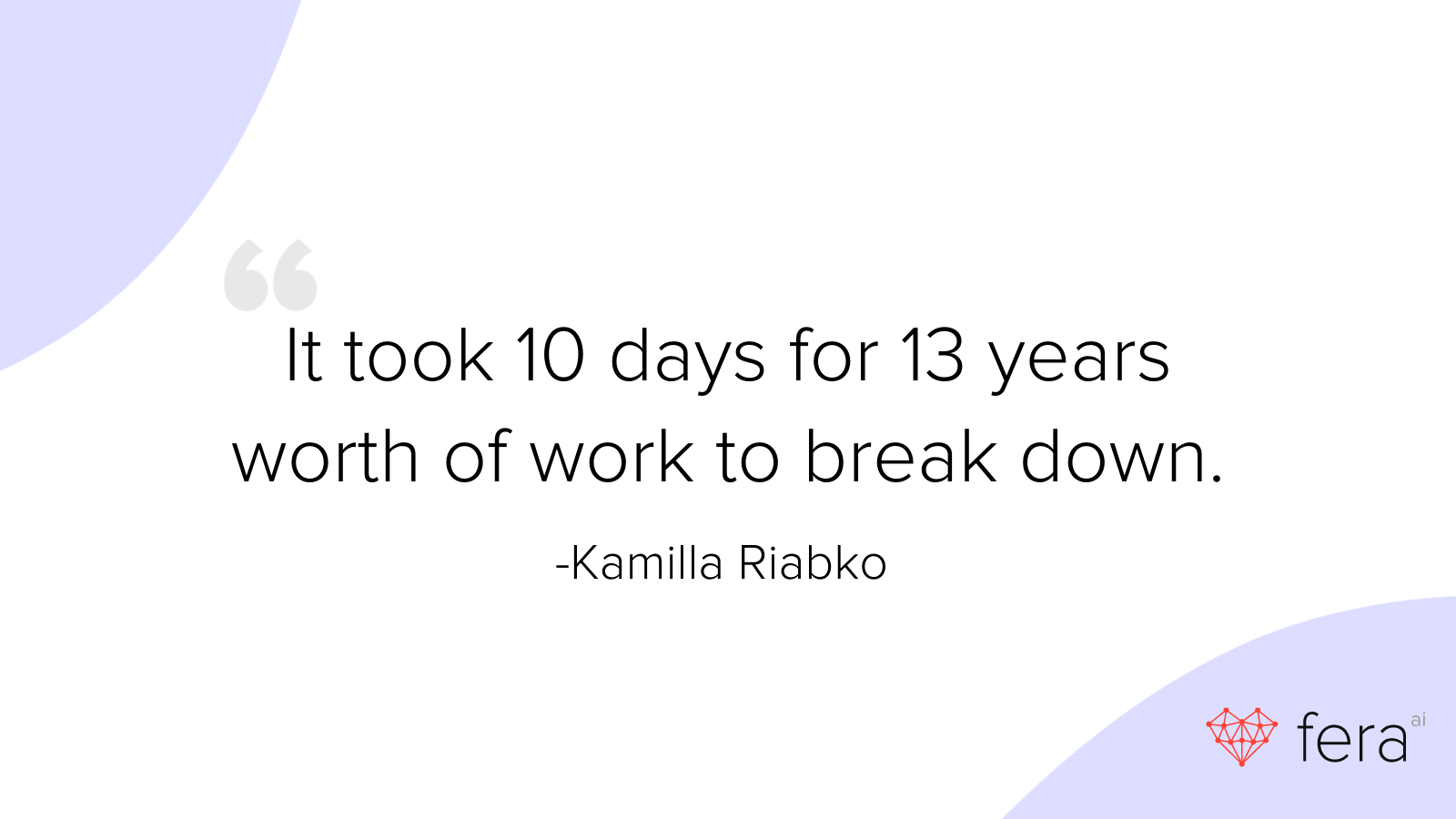 The economic impact of fake reviews

While you can't count the cost of someone's life work being affected, there are hard numbers on how fake eCommerce reviews affect spending. 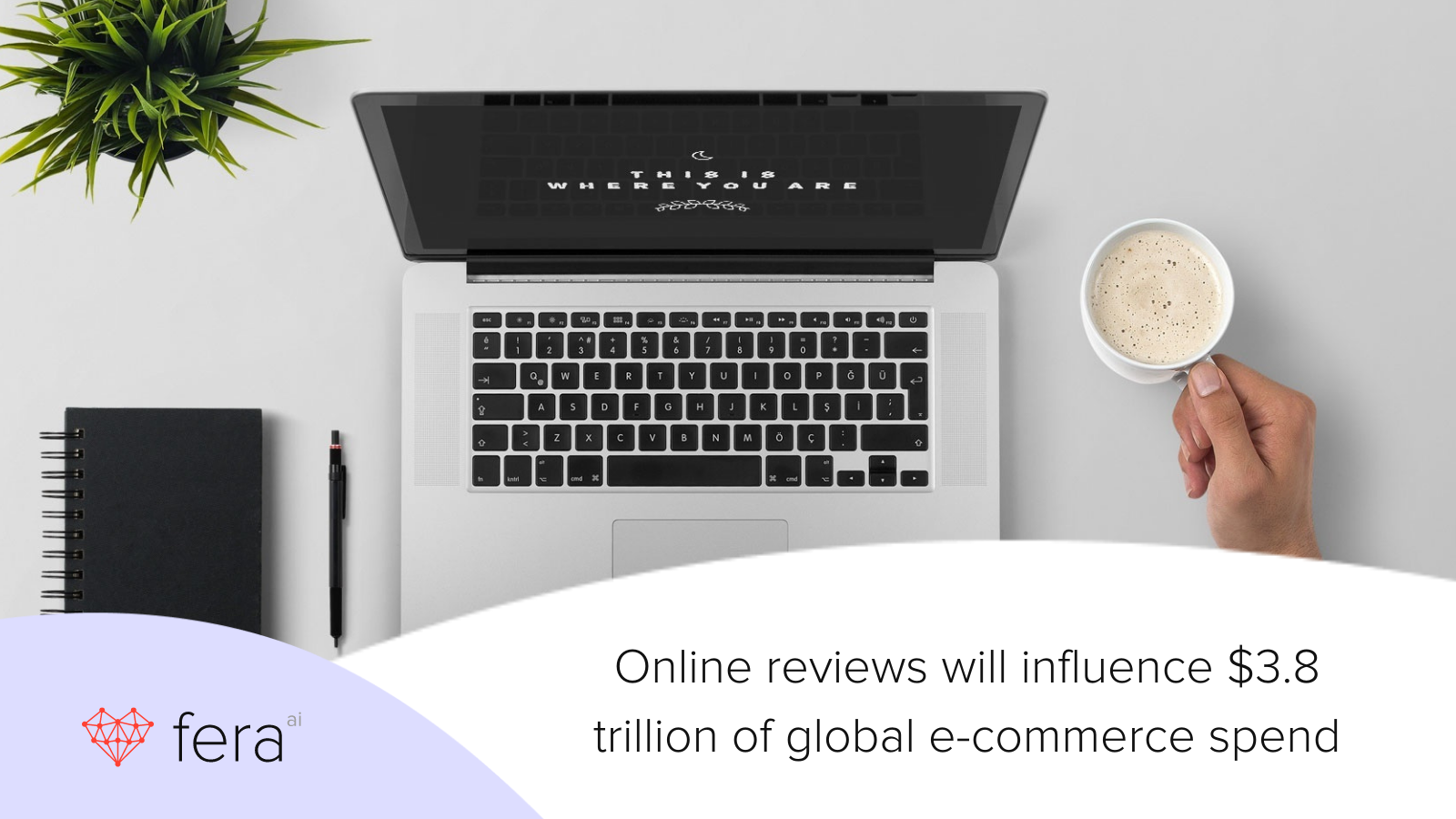 Why are the numbers so high?

In fact, "an extra star on a restaurant's Yelp rating can increase revenue by 5% to 9%."

The same logic can be translated to eCommerce stores.

What percentage of online reviews are fake?

It is estimated that

*see the end of the article for sources*

You can be fined heavily for displaying fake reviews!

In fact, the FTC has fined several online and offline businesses for deceptive practices like paid positive reviews and straight-up fake reviews.

The consequences of putting fake reviews on your eCommerce store

Typically, Google will remove reviews that are

However, you still have to report these fake reviews to Google.

Not only that, but if your business has lots of fake reviews, it can negatively affect your search ranking.

While Shopify has policies against misleading practices (like fake Shopify reviews) for their merchants, there are many Shopify apps in the app store that allow you to

Fera isn't one of those apps.

We believe that platforms should police and monitor their 3rd party apps for practices that harm the ecosystem.

However, we understand that this doesn't always happen,

That's why we choose to lead by example and take a stand against fake reviews, even if it costs us money.

How Fera is taking a stand against fake reviews

Read more about how we fight fake reviews here. 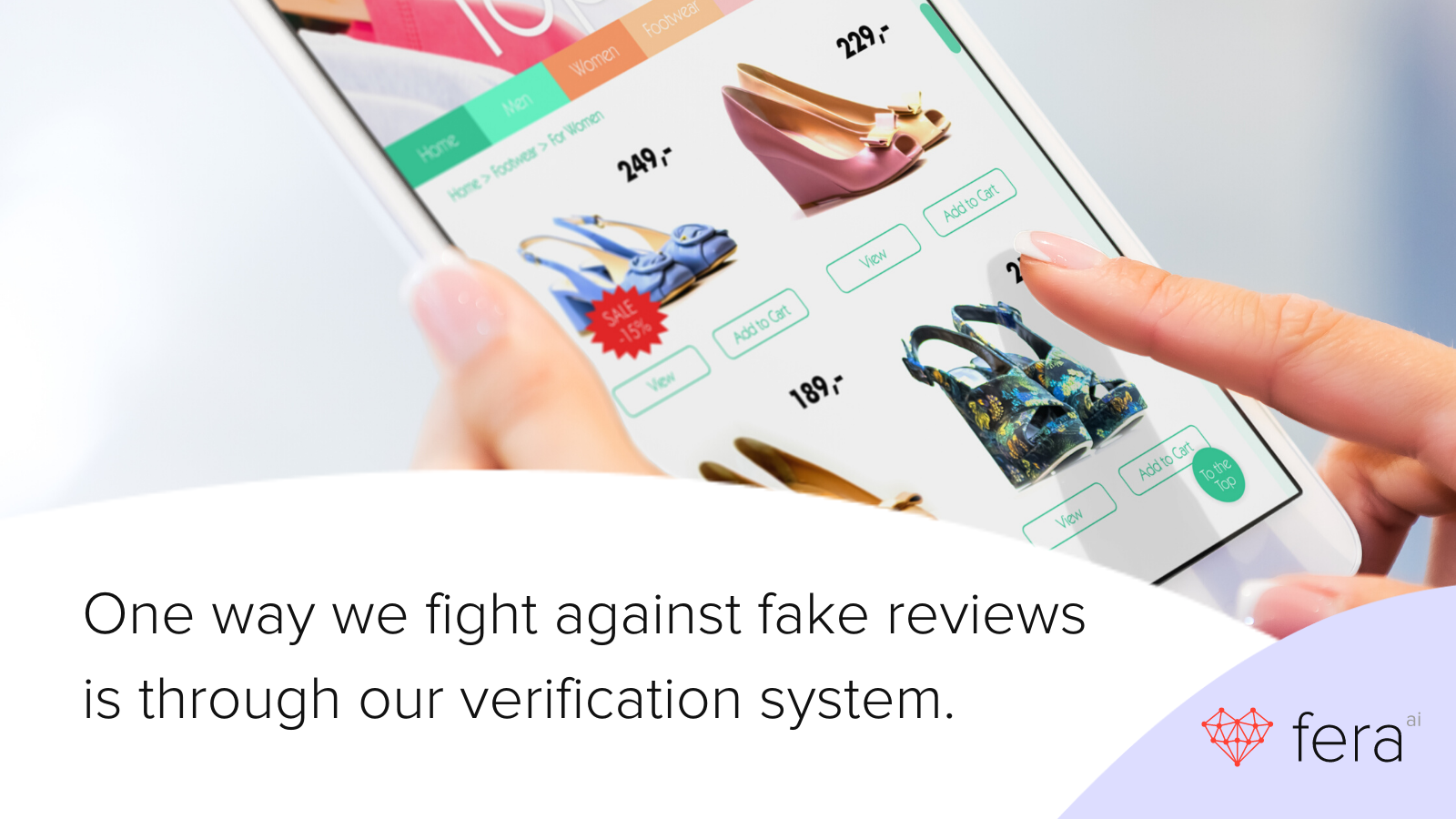 One way we fight against fake reviews is through our verification system.

When a merchant uses Fera, we place a badge with our logo icon and a checkmark to signal that the shopper who wrote the review appeared authentic.

When you are shopping online, be sure to look for the “Verified by Fera” icon.

When you hover over an authentic “Verified by Fera” icon, it will show a little pop-up that we did in-fact verify it!

In addition to a “Verified by Fera” icon, we monitor merchant review approvals and imports to ensure that merchants are not violating our Terms of Service.

We take a strong stance against lying, even if it hurts our bottom line.

Being an honest alternative

Finally, we give merchants plenty of ways to showcase real, truthful social proof to increase sales.

We allow eCommerce stores that use Fera to import their reviews from reputable 3rd party platforms like Google and Facebook.

If they don't have many reviews, we let them showcase real shopper activity like who purchased a product recently.

All data is verified by us and never faked.

What eCommerce stores can do to fight fake reviews 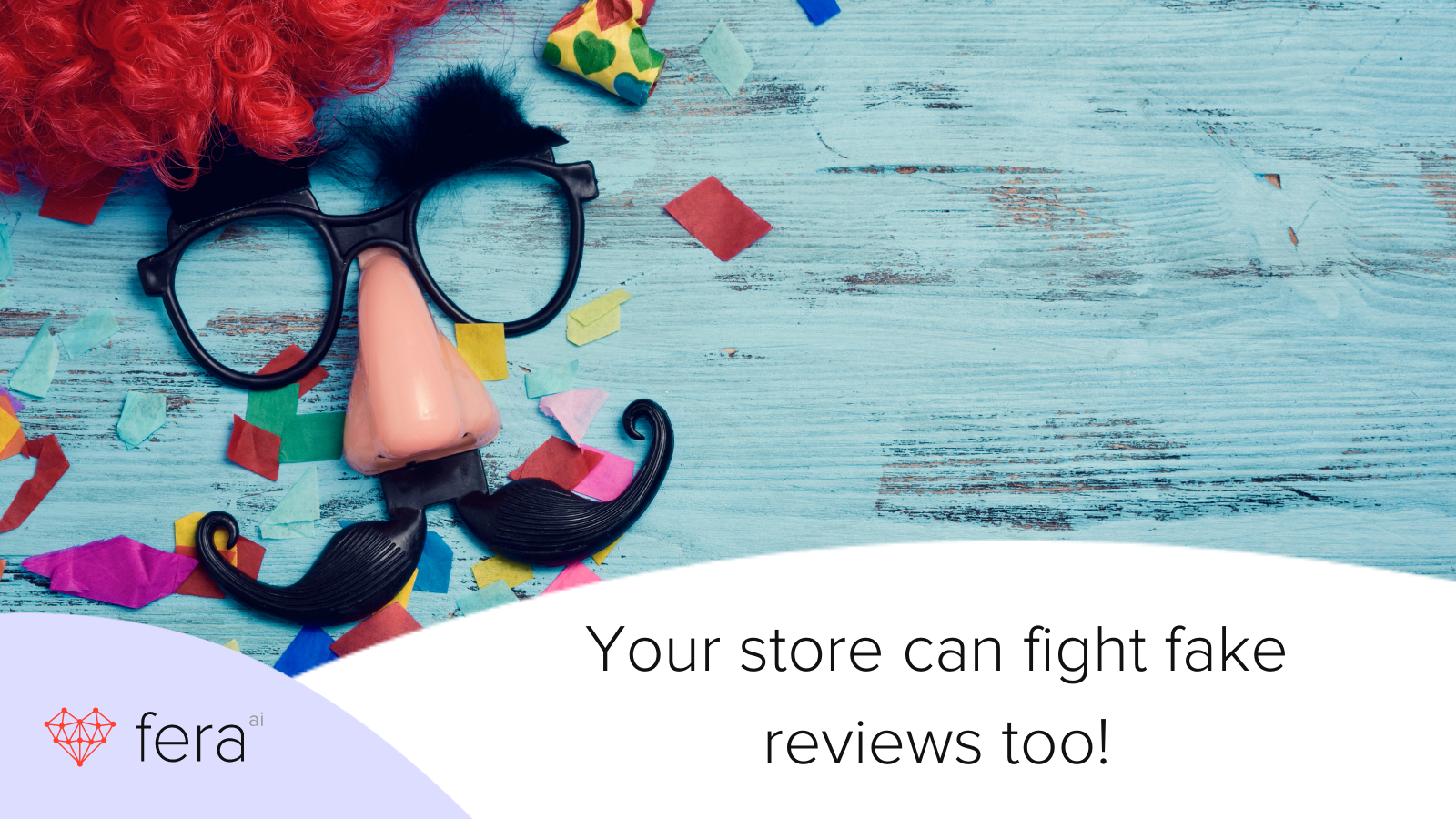 As a store owner, you can do many things to help build trust with customers.

While it can feel easy to add a few fake reviews here and there to boost sales, this is never the way.

Instead of adding fake reviews, you can show real-time shopper actions or send out products to influencers in exchange for a review.

Just be sure that the influencer mentions in their review that they got this product as a gift!

Sure, negative reviews suck, but customers find them helpful!

Around 60% of customers say that negative reviews are as important as positive reviews in their decision to buy a product. This is for several reasons:

Your brand can also make improvements based on negative reviews.

Maybe your shipping times are too long?

Perhaps your quality is lacking!

You can find all this out through negative reviews.

Respond to your negative reviews

You should also be sure to respond to both your positive and negative reviews.

This let's shoppers know you are a brand cares. 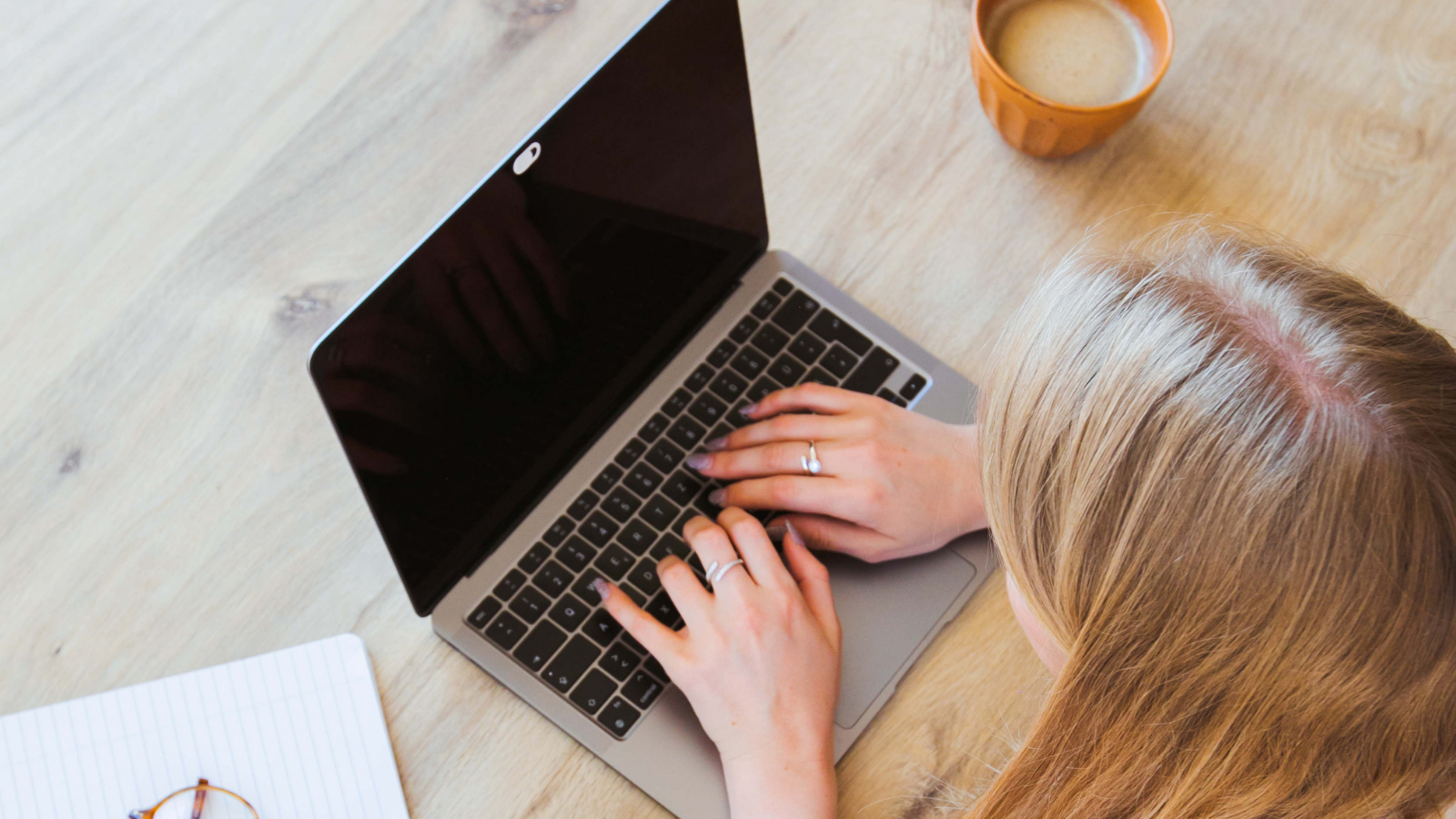 Be transparent about how you collect reviews

If you are using incentives as reviews, let shoppers know.

They will appreciate your honestly.

Shoppers don't like being lied to. Most people will stop shopping with a brand the broke their trust.

Don't be that brand!

Use Fera as your product reviews app

Unlike other apps that allow you to fake your reviews, Fera will always be honest.

And we will help you build trust with your customers too.

If you want to start displaying reviews that are trusted by shoppers you can try Fera for Free!

How to Leverage User-Generated Content to Boost Sales (With Examples!)

How to Use Video Content to Increase Conversions for Your Business

Get started in minutes